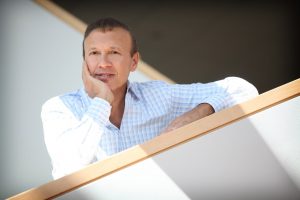 Dr. Glenn D. Price has earned an international reputation as a leading conductor and educator through his experience conducting student, community and professional symphony orchestras and wind ensembles in over 30 countries.

He has conducted many renowned soloists, including Evelyn Glennie, Christian Lindberg, Ney Rosauro, Jens Lindemann, Alain Trudel, Roger Webster, Kenneth Tse, Adam Frey, Simone Rebello, David Campbell, John Marcellus and Michael Burritt.  Widely regarded as an authority on the field of wind music, he has appeared as featured conductor for organizations such as CBDNA, WASBE, ABA, The Midwest Clinic, MENC, and BASBWE.   His numerous recordings are recognized for expanding the repertoire while offering a performance model of technical precision and musical artistry.

A graduate of the Eastman School of Music, his profession as a noted percussionist gradually yielded to his career as a conductor, which included studies at the Toho Gakuen School of Music in Japan and the Tanglewood Music Center in the U.S., as well as in Europe and Russia.   Active as well as a composer and author, his comprehensive text on the art of conducting, titled The Eloquent Conductor (pub. GIA 2016), has earned highly positive critical acclaim.

His distinguished performing, teaching and conducting career has included full-time positions in Canada and the U.S., most notably as Professor of Music (Emeritus) at the University of Calgary, as Director of Wind Studies at the University of Cincinnati College-Conservatory of Music (CCM), and currently as the Director of Performing and Visual Arts at the California Institute of Technology (Caltech). Additionally, he is the conductor of TEMPO, a professional contemporary chamber ensemble based in Los Angeles.  His dedicated service to the profession has encompassed appointments as Artistic Director of the International Youth Wind Orchestra, Founding Conductor of the Orquesta Latinoamericano de Vientos (Wind Orchestra of Latin America), and election as President of the World Association for Symphonic Bands and Ensembles (WASBE).